It makes me happy to see people who need help get what they need to keep going, even if it’s just a small thing. 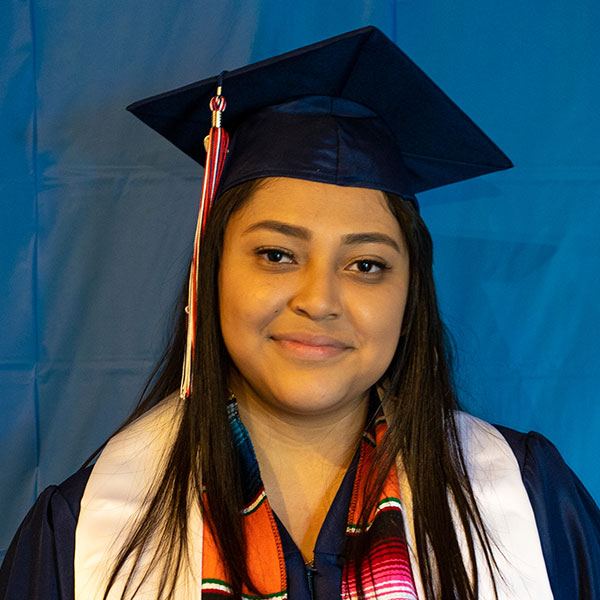 As a child Karla Franco Fierro imagined that the way she would give back to her community was as a teacher. She was certain of her future career until high school, when a relative started a new job at a local hospital during Fierro’s sophomore year. “I noticed that when it was time to go to work, she would get so excited,” she recalls, “She was helping so many people. So I started doing some research and looking at careers, and I decided I wanted to be a nurse.”

With nursing school as her objective Fierro began looking into colleges in the area, ultimately settling on Seattle Central College. This gave her the opportunity to take advantage of tuition support from the Seattle Promise program, without which she might not have been able to afford to pursue her ambitions while staying close to family, something that was extremely important to her as she considered schools. Now she’s able to begin studying for nursing school while remaining close to home, her mother and two young cousins, Anette and Altair. “I’ve been a part of their lives since they were born, they’re like my little soul mates,” she says with a laugh, “I can’t imagine not being able to be here for them.”

Without having to worry about tuition for the next two years, she can now focus on the hard work ahead of her as she sets out on a career in nursing. Although the prospect of several years of college followed by nursing school is intimidating, she’s confident in her abilities – and in the rewards for her diligence. “It’s going to be stressful,” she says, “But I know it’s going to be worth it.”

Service and care for her community have been at the core of Fierro’s character for as long as she can remember. Whether it’s by volunteering her services as a translator at school, distributing supplies at food banks or working to connect people in her neighborhood with financial aid during the pandemic, this nineteen year old is powered by an intense desire to give aid to as many people as she can. “People think I’m crazy or stupid for doing so much when it doesn’t get me anything in return, but I couldn’t stop even if I wanted to,” she says, laughing, “it just makes me feel so good to see people get what they need.”

Having grown up splitting her time between the Pacific Northwest and Mexico, Fierro has been able to see the value of community support firsthand in both homes. “I’ve been to Mexico many times, and where my family there is, we don’t get much support from anybody and it’s really difficult for people to get help,” she explains, “So we have to help each other.”

The necessity of community support and mutual aid has not been confined to Mexico – Fierro has also seen the need here in Seattle as well. “Since the beginning of the COVID-19 pandemic I’ve been volunteering with a group in my area, Lake City Collective,” she says, “When this all started, so many people lost their jobs, lost money...we’ve helped connect families with financial support for food, rent and medical care. I heard from a lot of the people in my community that we assisted, and they said that the money helped them and their families a lot.”

When asked if she intends to continue working in her community while in college, there is no hesitation. “Absolutely! Whether it’s with Lake City Collective or with my old high school, Nathan Hale, or some other organization, I’m going to be splitting my time between family, college and volunteering, no question.”