Do the hard work. One day you will be grateful,
even if you aren't right now. 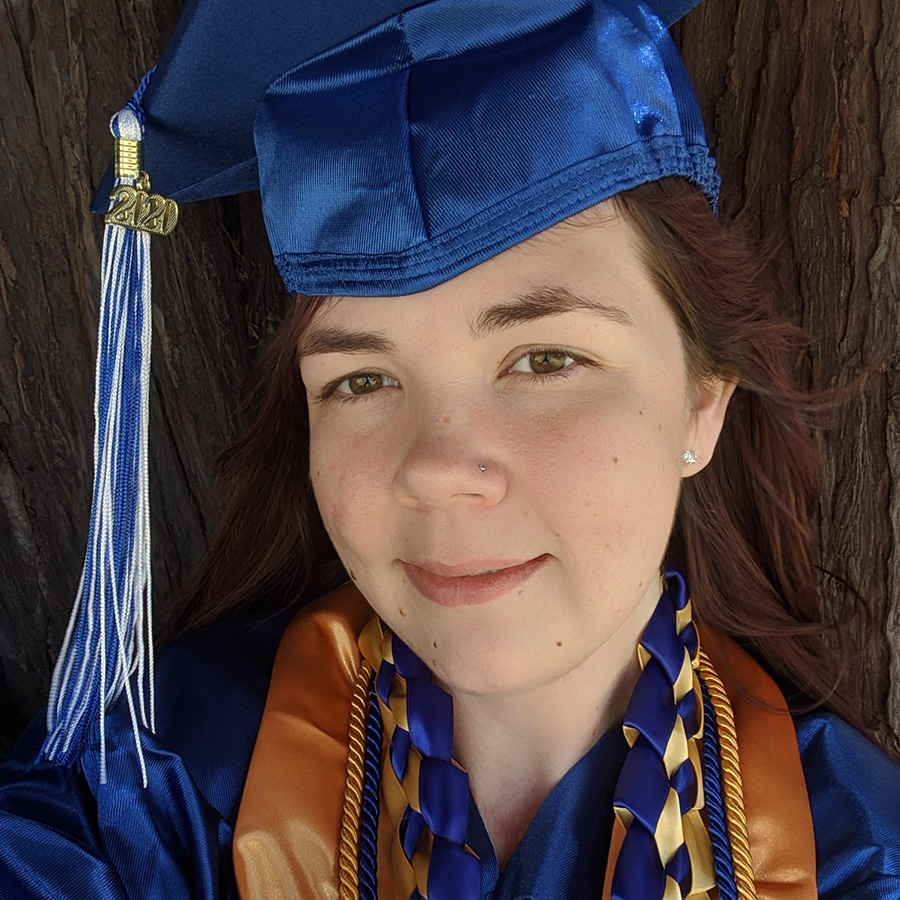 A decade ago, Amanda Freeman was a 20-year old living in Anchorage, Alaska. She had recently completed her GED after attending six different high schools, and was just setting out on her journey as an adult. Happily engaged to be married and planning to follow her childhood dream of a career in nursing, her plans were derailed when a bullet tore through her face, nearly killing her. Today, ten years later, she has overcome a life-threatening injury and completed her Associate of Arts at South Seattle College, and is once more pursuing her dreams.

The shooting that would alter her life’s trajectory was as senseless as it was sudden. An acquaintance of Freeman and her husband was visiting their home, where the couple kept a legally owned handgun which her husband-to-be was maintaining at the time of the visit. While he was out of the room, their guest picked up the unsecured pistol. “I heard him call my name, and I turned around,” Freeman recalls, “and there was a gun pointed at my head. He said something, to this day I don’t know what it was, and then…the next thing I knew I was in shock. I remember the police arriving, being put on a stretcher and going into the ambulance…and the next thing I remember I was in Harborview, on life support.”

The bullet had entered her right cheekbone, traveled through her mouth and out through her left jaw, destroying bone, tissue and teeth; her injury was severe enough that an emergency air shuttle had flown her from Anchorage to Seattle to get her to Harborview Medical Center’s Tier 1 trauma unit, the closest hospital to her home with the facilities and staff needed to save her life. She would spend the next three weeks in the hospital as doctors stabilized her.

In the decade since then, Freeman has undergone over a dozen surgeries to repair the lasting damage caused by the shooting; she has had bone grafts taken from her hip, had a titanium plate attached to her jaw, along with countless hours of physical and emotional therapy. She makes no claims that it was easy – quite the opposite. “There were a few times it was touch and go,” she recalls now, “But I had an amazing surgeon at Harborview, and I worked with so many amazing teams. It was a pretty incredible recovery because I pushed it as soon as I woke up. I wanted to be up, I wanted to progress and get out of there.”

That drive to reclaim her life would continue to power Freeman, and in Autumn 2018 she resumed her education at South Seattle College, continuing to pursue her goal of a career in nursing. “I’ve wanted to be a nurse ever since I was a little kid. At first I was too nervous to study nursing, figuring I was too old, or that my health would get in the way...I was worried I couldn’t do it.”

The same determination that had helped her power through her recovery at Harborview propelled her again, and she began taking a full course load. Today she is able to look back and see the results of that unbreakable resolve. “There were some bumps in the road, sure, but I pushed it really hard,” she says, “I’ve completed all my pre-requisites for nursing school, gotten multiple certifications, including my Nurses Assistant Certification (NAC)...and now I have my first degree.”

The struggle isn’t over for Freeman. The scars from her injury are more than skin deep, and she is frank about her ongoing struggles; nerve pain, anxiety and PTSD are common features of her life. Despite these challenges, this unstoppable mother of three and new graduate refuses to be slowed down. Rather, she is determined to use her experiences and knowledge to help others who have survived trauma. “There are others who have stories and lives similar to mine. I’m not alone, I’m not special...I’m just like everyone else, and these problems aren’t rare,” says Freeman, “They need to be made acceptable to talk about, so that more people will dare to care…instead of thinking we are insignificant and don’t matter, or that we’re not worthy of help.”

With her Associate of Arts completed, Freeman has no intention of stopping now: “My plan is to continue on to a bachelor’s degree, and nursing school is definitely in the picture,” she says, “My dream school is the University of Washington, I love the UW to death. It’d be great to go as far as I can and get a masters or doctorate. First, I’m actually taking a year off to work on myself, both physically and mentally...as well as spend more time making memories and adventures with my family. I need to be the best I can be to be able to help others successfully.”